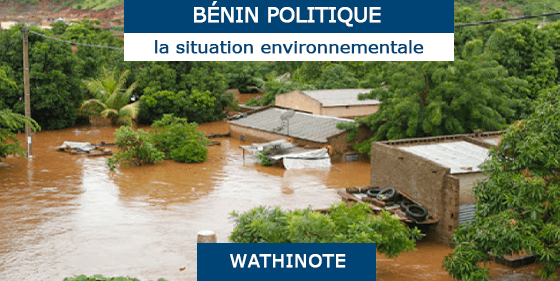 Affiliated organisation : Ministry of Foreign Affairs of the Netherlands

Benin is ranked 149 out of 188 countries in per capita GHG emissions and contributes only 0.03% to global emissions. However, Benin is highly vulnerable to global climate change, ranking 155 out of 181 countries in the ND-GAIN index (2017) for climate vulnerability. Vulnerability measures the country’s exposure, sensitivity, and ability to cope with the negative effects of climate change by considering vulnerability in six life-supporting sectors: food, water, ecosystem service, health, human habitat and infrastructure.

The mean average temperature has increased since 1960 by 1.1°C and the average number of ‘hot’ days per year in Benin increased by 39 between 1960 and 2003, and hot nights by 73 in the same period. Since the end of the 1960s the climate perturbations have increased in Benin, which has manifested in reduced annual amplitude of rains by 180 mm. In addition, droughts have intensified during the same period, especially in the 1970s

Northern regions are especially threatened by encroaching deserts; the borderline of which gradually shifts to the lower latitudes, while the agricultural production capacity in the intensively cultivated south is endangered by nutrient mining. Under climate change, this situation is most likely to worsen, with accelerated desertification in the north and more frequent occurrence of torrential rains and floods in the south, but much less in the Middle Belt.

The negative consequences of intense and successive periods of drought and floods could affect food security: they may reduce the production of food by 6% by 2025 if no adaptive measures are taken. As for water resources, the consequences of climate change (decline of precipitation) could result in 40% to 60% reduction in the availability of water resources.

Agriculture is an important economic sector in Benin, contributing 36.3% of the GDP and employing around 70% of the population. Since agriculture is especially vulnerable to the consequences of climate change, it will disproportionately affect the poor, who depend on agriculture for their livelihoods and who have less capacity to adapt. Without adaptive measures such as enhanced crops and improved irrigation, agricultural production is expected to decrease by 3 to 18% in 2025.

There is also a gender dimension to climate change: a study focusing on dry grains found that only 28% of the households surveyed that are headed by women were able to cover the basic annual needs of their families compared to 43% of male-headed households. As a result of the consequences of climatic changes, the self-sufficiency of rural households headed by women will be even lower.

A rising sea level and increased coastal erosion are threatening communities, particularly the poor, living along the urbanised coast and the sensitive coastal ecosystems.

The Ministry of Environment (MoE) is responsible for national climate change policies and activities related to adaptation, mitigation and capacity development. These responsibilities include providing oversight of the National Fund Environment and Climate Change (FNEC), the implementation of the National Program for the Management of Climate Change (PNGCC), and working closely with other ministries (agriculture, health, etc) in the formulation of climate related activities. The MoE is also the National Focal Point for the United Nations Framework Convention on Climate Change (UNFCCC) and is responsible, in collaboration with the sectoral ministries, for the monitoring and evaluation of the implementation of the NDC and institutional capacity building.

In line with its development priorities, Benin emphasizes the need in its climate change actions to alleviate extreme poverty and promote economic growth. These priorities are reflected in its Initial National Communication (2002) and its National Adaptation Programme of Action (NAPA, 2008).

In the last decade, there have been numerous projects and programmes financed by donors aimed at improving Benin’s climate preparedness, including tree plantations, capacity building of national and local governmental institutes, and agricultural strategy development.

Overall, the majority of bilateral climate change related projects in Benin are financed by French institutions (ministries, research institutes NGOs etc.) that are in some cases also involved in the implementation. The largest donor for overall development in Benin is the European Union (372 million Euros in the 11th European Development Fund).

Benin is a pilot country for the inception phase of the Green Climate Fund (GCF) Readiness Programme that aims to strengthen the institutional capacity of countries for the preparation of projects for submission to the GCF for funding.

Projects in Benin that are involved in climate change adaptation and mitigation in relation to water and food security are numerous. Below follows a selection of the main programmes currently under implementation:

The following regional programmes with a focus on food security and/or water are also being implemented in Benin: