Adoption of agricultural technologies among rice farmers in Benin, Review of Development Economics, May 2021 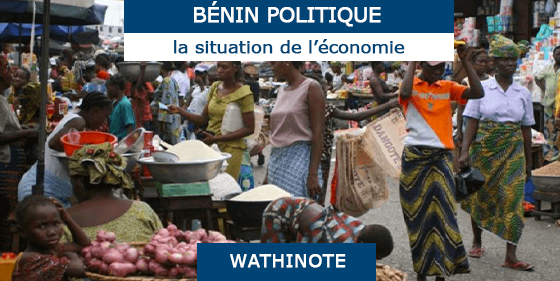 About 80% of the poorest people in sub-Saharan Africa depend on agriculture for their livelihoods (Food and Agriculture Organization (FAO), 2014). Agriculture in sub-Saharan Africa is constrained by agroecological characteristics, lack of knowledge and inputs, poor access to services, and low levels of investment in infrastructure (FAO, 2014). Furthermore, the high rate of population growth increases pressure on food production and further complicates the issue of food security and poverty reduction (Domenech & Ringler, 2013). In addition, climate change introduces risks and uncertainties in the livelihoods of a population strongly dependent on climate variables (Farid et al., 2015). Increasing adoption of agricultural technologies is vital for improving productivity and achieving Goal 2 (end hunger, achieve food security and improved nutrition and promote sustainable agriculture) of the Sustainable Development Goals.

Rice is one of the food crops on which the government is focused to reduce food insecurity and poverty. It is therefore a strategic product for Benin because of its increasing importance in national consumption and trade opportunities with neighboring countries including Niger, Nigeria, and Togo

Rice is the second most consumed cereal after maize in Benin. It represents 17% of total cereal consumption, behind maize (68%), and ahead of sorghum (9%) and millet (4%). Rice is one of the food crops on which the government is focused to reduce food insecurity and poverty. It is therefore a strategic product for Benin because of its increasing importance in national consumption and trade opportunities with neighboring countries including Niger, Nigeria, and Togo. Rice consumption per capita has increased from 12 kg per year in 2004 to 30 kg per year in 2011 and to 45.7 kg per year in 2017 (MAEP, 2017).

Several studies in sub-Saharan Africa have found that adoption of technologies contributes to improving productivity, which increases farm income and food security

Rice production is largely dominated by small family-type farms that produce mainly for domestic consumption. In addition to this family farming, there are landscaped areas where irrigation with partial or total water control is observed. The rice produced on the irrigation schemes is mainly sold. The majority of rice farms are concentrated in the developed or undeveloped lowlands. Statistics show that only 8.64% of rice farmers practice the irrigated system, compared to 22.87% practicing the strict rain system and 13.97% practicing the rain system associated with irrigation. The majority of rice farmers, about 53.92%, practice the floodplain lowland system.

This paper aims to answer the following research question: what factors influence the adoption of agricultural technologies among rice farmers in Benin?

The study was carried out in the municipality of Malanville, Benin. Malanville is bounded to the north by the Republic of Niger, to the south by the municipalities of Kandi and Ségbana, to the west by the commune of Karimama, and to the east by the Federal Republic of Nigeria. The climate is Sudano Sahelian, with only one rainy season from May to October. The municipality benefits from a low rainfall, varying between 700 mm and 1,000 mm per year. It has a high level of food insecurity (35%) and poverty (42.5%), with the majority of its people engaged in agriculture and other activities such as fishing, livestock, small businesses, trade and crafts (INSAE, 2013). Maize, rice, millet, sorghum, cotton, and vegetables are the main crops. The municipality of Malanville was chosen for this study because it is the largest area of rice production in Benin. It is located in the Niger River basin, which offers an important opportunity for rice production. The survey covers four districts (Garou, Guene, Malanville, and Tombouctou) out of the five in the municipality of Malanville. District selection was based on the level of production. Using the list of rice farmers, 135 producers were randomly selected from each district. A total of 540 rice farmers were interviewed from April to June 2015.

The results indicated a positive correlation between education and adoption of technologies, suggesting that producers with at least a primary level of education have a high probability of adopting agricultural technologies. The results also show that variables such as gender, education, FBO membership, access to credit and media, and mobile phone ownership have a positive correlation with farmers’ decision to use herbicide. The coefficient associated with the gender variable was negative and significant, indicating that women use herbicides more than men in rice production. This can be explained by the fact that women, who have very limited access to labor and less time to spend on their own production, may prefer to adopt weeding technologies. With regard to the adoption of improved seeds, variables that are significant include education, access to extension services, FBO membership, access to credit, and use of a mobile phone. These variables increase the likelihood of adopting improved rice varieties in the municipality of Malanville. The adoption of animal traction or tractors is positively associated with extension services, credit, media, and use of a mobile phone. Age has a nonlinear relationship with the likelihood of adoption of animal traction or tractors. A unit increase in farmer’s age decreases the probability of adopting animal traction or tractor up to 35 years, beyond which the likelihood increases. This result implies that older farmers have a higher probability of using animal traction or tractors.

Although this is a very specific study, conducted on one small region of Benin and focusing specifically on rice farmers, it raises a general problem in developing countries. The issue of low use of agricultural technologies remains a major concern in developing countries and throughout the agricultural sector. These findings could be used further to design policies to facilitate farmers’ adoption of technologies. Using these results, policy-makers can better anticipate which types of policy can help in promoting the adoption of agricultural technologies. Overall, the findings imply the need to facilitate regular access to extension services. In this context an improvement in extension services is necessary. FBOs must also be promoted. Being a member of an FBO can facilitate learning and information sharing about the technologies. It is also important to facilitate access to credit for farmers, but also to provide them with a framework for more efficient credit management. Finally, there is a need to strengthen farmers’ capacities for good agricultural practices; this can be done through periodic training.